A gateway for engines with a J1708 serial interface to a NMEA 2000 marine digital network. With it, you can see engine revolutions, temperature, working hours, fuel rate and other information on the screen of a chart plotter and other display devices on an NMEA 2000 network.

The Gateway supports three protocols that work over J1708:

A J1708 interface is used for connection of gauges, electronic displays, diagnostics equipment and other vehicle modules. This interface was very popular until 2005-2007, when it began to be quickly replaced by the J1939 protocol that is based, the same as NMEA 2000, on a faster CAN network.

If your engine supports both (J1708 and J1939) protocols, it may be better to choose another of our products, the Engine Gateway YDEG-04 designed for J1939, Volvo Penta EVC, MEFI4B, EGC, EDC III and EDC IV engines. The only known exceptions are Volvo Penta marine engines equipped with EDC II (Volvo Penta D12C-A MP for example), where the CAN bus is used for synchronization of engines revolutions and has no other data.

duplicate or replace broken instruments;
in combination with a wifi-enabled chart plotter, you’ll be able to monitor your engine from any cabin;
in combination with our Wi-Fi Gateway, you’ll be able to monitor your engines from PC, tablet or smartphone using a web browser;
log engine and fuel usage by crew or renters if a recording device like Voyage Recorder is outfitted;
record your engine data to apply for service remotely.

The Device is equipped with a female connector compatible with Volvo Penta EDC diagnostics connectors used on EDC I and EDC II engines. For Caterpillars with ATA Data Link we are glad to offer the special adaptor cable (available in the accessories section of the ordering page). For owners of other engines, use the disassembled male connector supplied with the Gateway to make an adaptor cable for your engine yourself (see Picture 1). Please, see more details in the Manual.

The Gateway provides all engine data supported in NMEA 2000 except tilt/trim for J1587 engines and the most important data for KAD engines (see the table above). Reporting of two fuel tanks and two batteries is also supported. Please see technical details and PID numbers in the Manual. The data you can get on the chart plotter depends on the engine controller firmware and the number of installed sensors.

The Gateway is equipped with a slot for a MicroSD card, which can be used to configure its settings (loading a text file with the settings), retrieve the current configuration, update the Device firmware and record the data from the J1708 and NMEA 2000 interfaces for configuration and diagnosis of the Device. 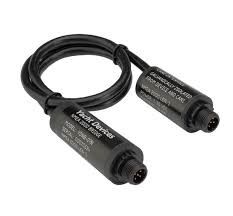 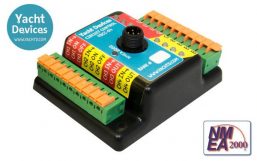 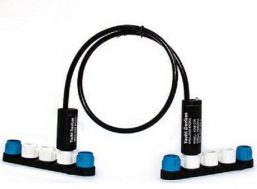