This is a Pack of 4 x CA180 Cells assembled in series to make a 12 volt Battery pack.

CARE AND FEEDING OF YOUR CA SERIES CELL

The new CA/FI series cell incorporates some nanoscale improvements in cathode and anode materials along with some significant improvements in electrolyte chemistry that representthe absolute peak of performance in LiFePo4 ionic battery technology. With a recently completed modern manufacturing facility, the China Aviation Lithium Battery Company has achieved production consistencies heretofore unachievable. The result is the new grey cell the CA/FI series. CA is an abbreviation of the China Aviation Lithium Battery Company (CALB). FIis a series abbreviation for iron phosphate (FePo) chemistry series I. This is their first series newly designed and manufactured subsequent to their acquisition of the Sky Energy Battery Company the previous SEseries. The China Aviation Missile Academy purchased this company, and subsequently invested nearly a billion dollars in new plant and manufacturing to form the China Aviation Lithium Battery Company.The new FI series offers some serious advantages over previous cells.
They produce significantly more power than previous cells with a rating of 3C continuous output and brief outputs of up to 30 seconds at rates up to 10C. A CA100FI cell can produce 1000 amps with minimal voltage sag.
The cells feature improved cold weather performance. Longer cycle life. And due to better capacity consistency, they are easierto manage in serial strings.Common wisdom regarding the care of lithium batteries requires a battery management system

Do NOT overcharge these cells and do NOT overdischarge them. Observing those two precepts will ensure many years of service. If you fail to observe this, even once, it will most likely result in cell destruction and loss, and it will absolutely lead to early capacity loss of your pack. But achieving this takes a bit of strategy.
See our Web site for more Information on LFP cells www.octopusasia.com

Click on the below hot link to see more information on why lithium.

Why should I change to Lithium Phosphate battery

Click on the below hot link to see the Calb Battery Spec Sheet. 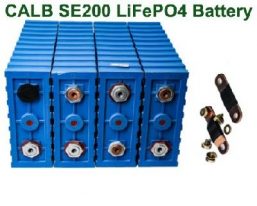 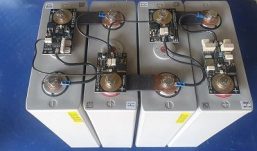 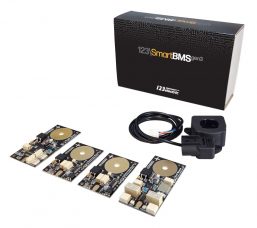 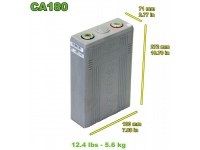 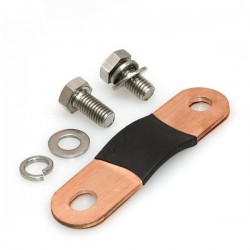